A House for All Ages 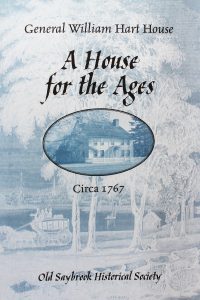 We celebrated the 250th Anniversary of the General William Hart House last year, “The Hart House: A House for the Ages.” The exhibit featured a retrospective look at the Hart House through the years, from a glimpse into the lives of some of its notable inhabitants to its most recent chapter under the Society’s stewardship.

When the General Hart House was listed on the National Register of Historic Places in 1972, a preservation expert from the U.S. Department of the Interior described it as “a house built for the centuries and for gracious living.” Yet those who still remember the Society’s acquisition of this site in 1974 will recall how remarkably different the house once appeared. Listed on the National Register as a significant example of Georgian Colonial architecture, some of its most distinctive features were late 19th– and early 20th-century additions: a veranda, black shutters, and French doors, with a diamond-paned leaded glass window in the front door. General Hart would hardly have recognized his house!

The 250th Anniversary was a grand occasion to reflect upon the history of this site and all it represents to those who have shared its story. Since its construction, many ideas have circulated throughout the house: revolutionary political ideas about the American republic to progressive views about education for girls. The Society’s stewardship represents the most recent chapter and it marks a significant evolution from a private home to public museum. 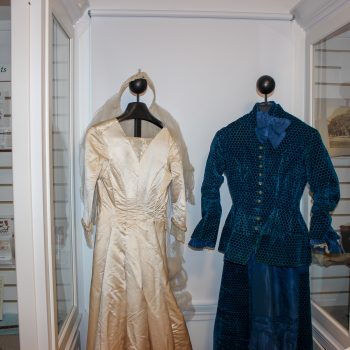 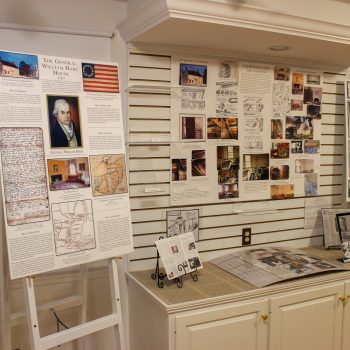 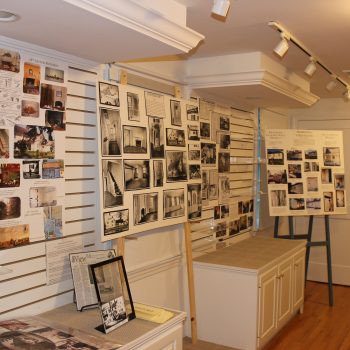 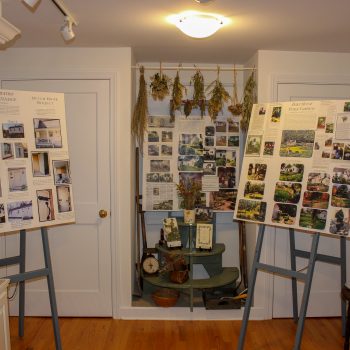 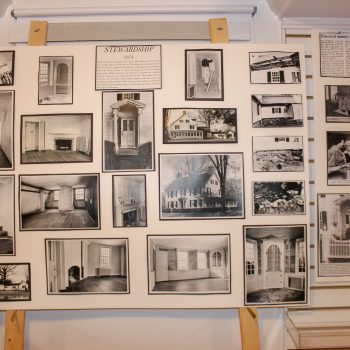 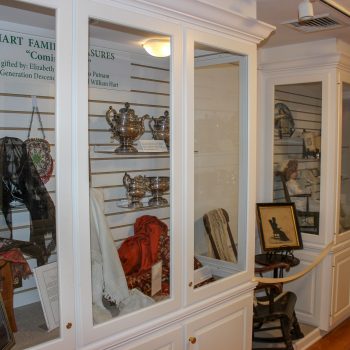 It’s been 250 years since General Hart built this 1767 property for his wife, Esther. For good reason, the house still bears his name. Hart was a military leader in the Revolutionary War, a merchant involved in the West Indies trade, and a significant investor in land during the sale of Connecticut’s Western Reserve. His investment contributed to the funding of a public school system in the state and ultimately helped support westward expansion as an engine of growth in America. He was also a political figure who owned one of the most stately homes in town.

Since General Hart built this house in 1767 for his wife, Esther, several different families have called it “home.” In 1854, it became a boarding school for girls under the ownership of Miss Hetty Wood. The school gained an excellent reputation as a place where young women learned needlepoint, music, and French, with some instruction in liberal arts.

In the late 19th and early 20th centuries, the Berrian and Walker families modernized the house, bringing an aura of modern luxury to the home. A rear ell was added, with a row of east-facing windows that looked over a sunken garden to the woodland beyond. The addition of rear dormers and a large veranda on the south side created a greater connection with the surrounding landscape at a time when outdoor leisure was becoming popular.

As the community of Old Saybrook began to attract greater numbers of tourists and beachgoers in the early 20th- century, the Berrians added awnings to the veranda, making it an ideal spot to view the passers-by strolling down the sidewalk on Main Street. A Berrian descendant later described the veranda as “always cool, even in summer.” A series of cyanotypes (photographic blueprints) in the exhibit also reveal signs of modern life, including a sidewalk and telephone wires.

When the Society acquired this property in 1974, the house was in need of a major renovation to address issues of mold and rot. In addition to structural reinforcement, the Society began to restore the house to its original 18th-century appearance. With the immense patriotism of the National Bicentennial in 1976, there was great interest in preserving Colonial homes and furnishing them in the Federal style. The Society set out to restore the Harts’ prerevolutionary home in a similar manner with certain rooms intended to reflect life during the Early Republic, circa 1812. Then began the exciting work of acquiring collections, making a museum, and offering public programs. 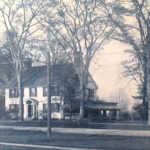 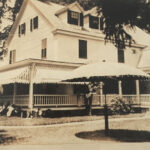 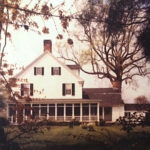 In 2008, the Society launched its most comprehensive preservation efforts to date with the structural reinforcement and renovation of the basement, following similar efforts in the 1990s. Over the past several decades, major preservation and maintenance projects have included system upgrades, roof and chimney repair, and repainting. Visitors to the exhibit will also enjoy learning about the home’s 18th-century craftsmanship.

Antique American building tools from the collection of George & Barbara Maynard are on display, along with handcrafted joinery made especially for this exhibit by John Kopcha’s woodworking classes at Valley Regional High School.

Celebrating this eighteenth-century home would be impossible without recognizing the significance of the gardens that surround it. In 1974, the Society’s dedicated garden committee cleared considerable brambles to create a Colonial garden adjacent to the house, filled with culinary and medicinal herbs. This traditional garden was created to serve the dual purposes of beauty and use, just as it would have during the time of Esther Hart.

Along with the garden committee’s headquarters in the “potting shed” (a rear ell later renovated to become the exhibit gallery), the herb garden became a focal point for workshops, exhibits, and teas hosted at the Hart House. Today, it looks out over a large bowling green, a traditional feature of English manor homes. This lawn is accented by a stone wall and ornamental gardens filled with heirloom roses and other flowering perennials. Recognizing the surrounding landscape as essential to the house’s history, the garden committee has continuously worked to care for these historic grounds.