The award recognizes projects, programs, policies or actions that make significant contributions to historic preservation in the Town of Old Saybrook. The goal is to keep history relevant to townspeople.

Eligibility: Any non-profit organization, government agency, business or individual(s) is eligible to receive the award. The selection will be related to the stewardship, actions, activities, or undertakings advance by the eligible organization

Frequency: The Award is conferred once a year. Announcement is made at the Annual Meeting. Nominations are made to the Board of Trustees in September and the vote takes place at the September Trustee Meeting.

There is a plaque at Town Hall listing the award recipients. 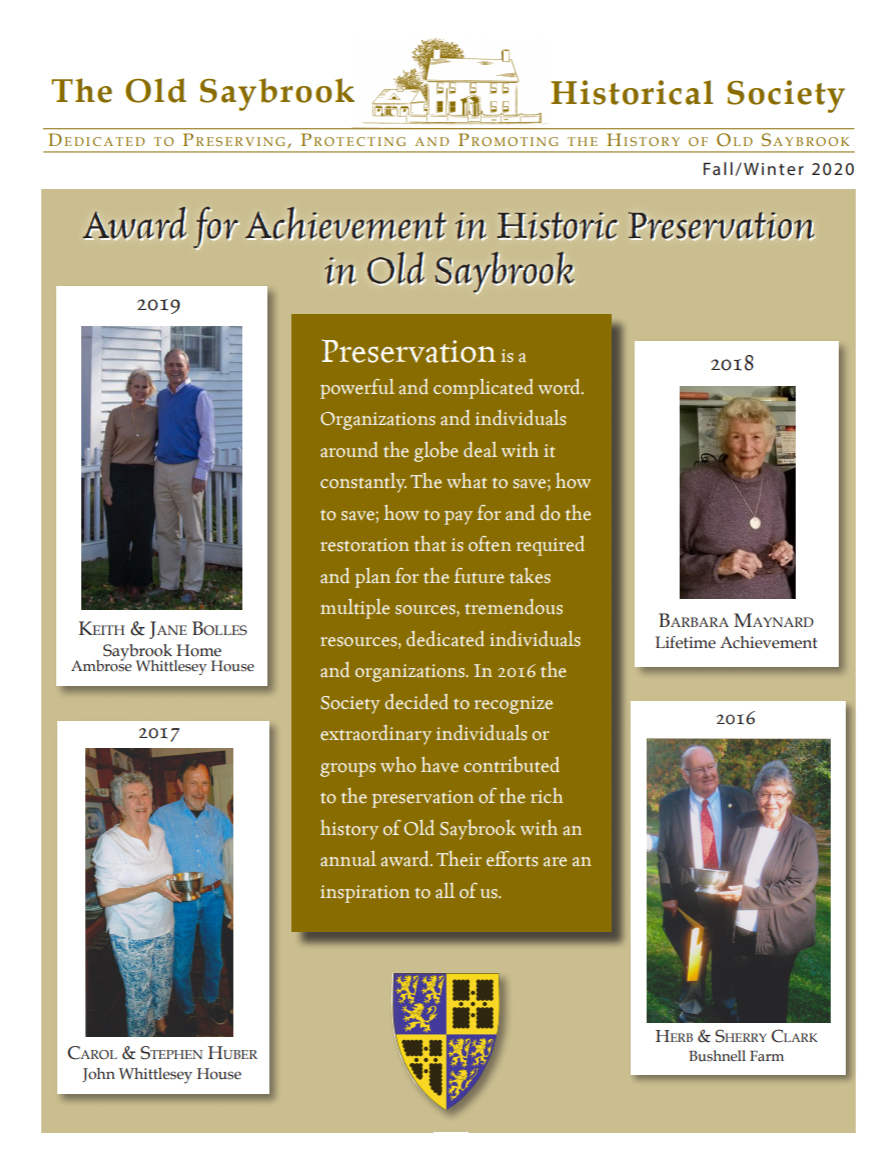 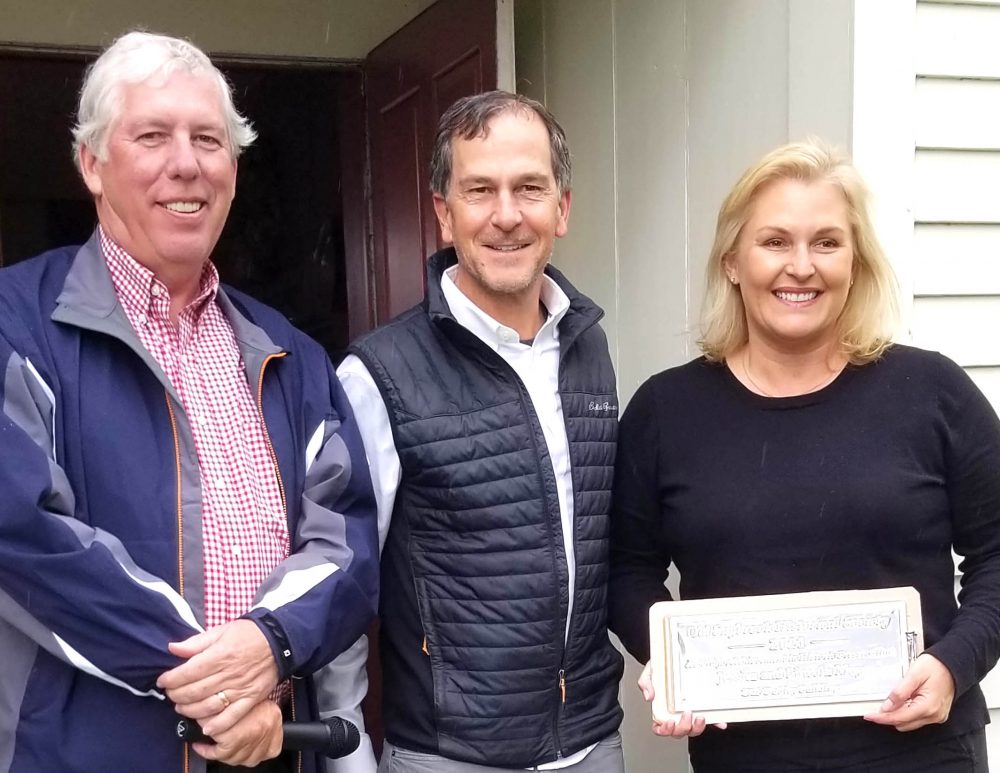 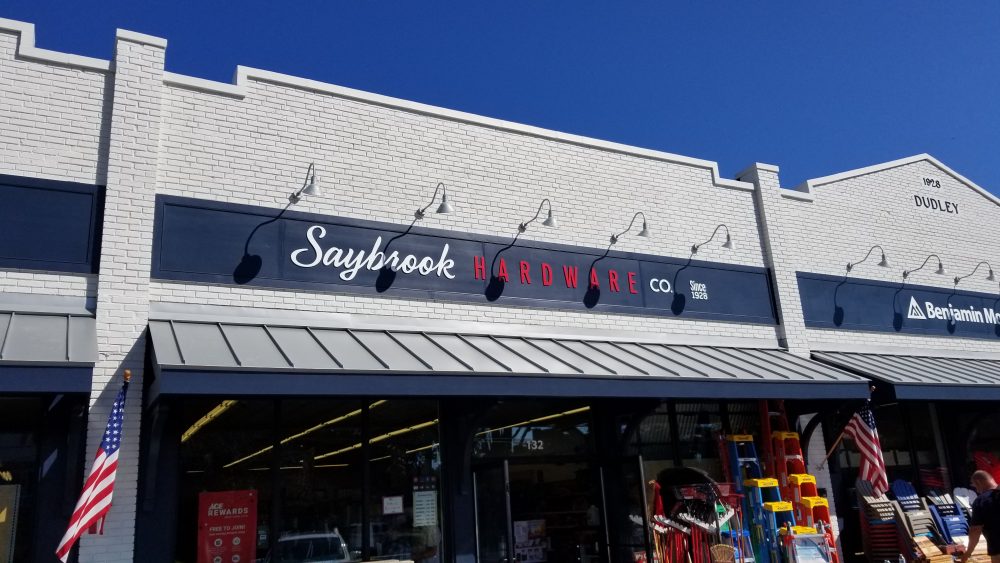 The sixth annual Old Saybrook Historical Society’s Achievement in Historical Preservation Award was presented to Jessica and Lincoln May for their restoration work on their Dudley Building on the corner of Main Street and Dudley Avenue.  The Mays own the Saybrook Hardware as well as the entire building, which houses three other Main Street businesses.

The annual award recognizes extraordinary individuals or groups who have contributed to the preservation of the rich history of Old Saybrook. In 1928, Albert L. Dudley, an influential developer and respected community leader, built the building and placed his name and date on the peak of the one-story building.  93 years later the Mays knew major structural work had to be done to maintain the building. They worked with Bruce Lawrence’s Bogaert Construction in Essex for the heavy work of replacing the I-beam supporting the front brick façade.  For the more aesthetic touches they worked with Chantal Lawrence’s Total Design Source in Old Saybrook, and the Town Zoning Commission.

The result is a charming restoration of a Main Street store front, true to its original design but softened with the new wood and metal canopies overhanging the sidewalk. Jessica said, “As the custodian of the building, I worked carefully to balance the aesthetics of the storefront. I’m happy everyone seems pleased with the result.”

The building has always had a hardware store, with various owners, including Jessica May’s parents. They purchased the store from George and Barbara Maynard in 1967 and it became a mother-daughter run business.  Jessica has now been in the Saybrook Hardware business for over 36 years. When the Mays eventually bought the entire building from the daughter of Albert Dudley, they became the second family in 93 years to own the building. 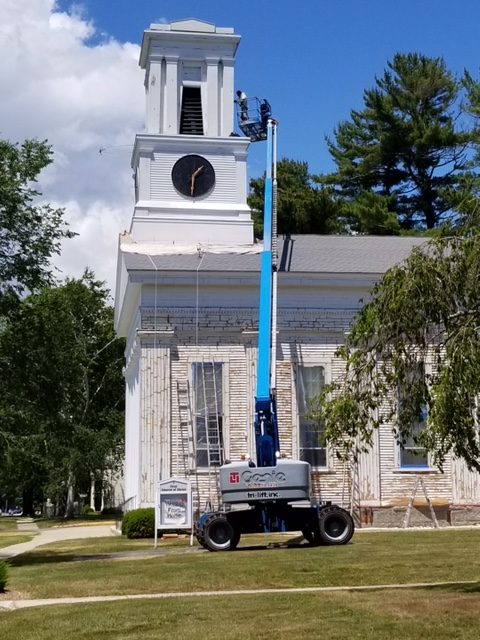 The Old Saybrook Historical Society is pleased to announce the 2020 “Award for Achievement in Historical Preservation” to the First Church of Christ in Saybrook.

Many projects, programs and actions that have and continue to make contributions to historic preservation in the Town of Old Saybrook were reviewed.  The First Church of Christ in Saybrook was selected for its longstanding leadership in historic preservation, stewardship of its facilities, items in its possession and South Green.  We specifically note the recent outside restoration/preservation painting program completed by the church. 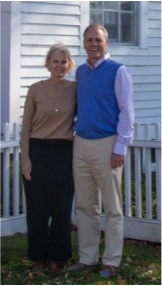 The year’s recipients are Jane and Keith Bolles, of Saybrook Home, for their preservation and protection of the Ambrose Whittlesey Home, (1765&1799) 14 Main Street. The house is a rare example of architectural and cultural value to Old Saybrook. Even more so, the adaptive reuse of the structure serves to anchor and influence redevelopment of land at the intersection of
Main Street,.The House is an integral thread to the historic fabric of Main Street. The thoughtful expansion of Saybrook Home over the years has
reflected and maintained the architectural integrity of this early home. We will present a plaque for the House representing this award at an early spring ceremony.

Keith Bolles, upon receiving this award, stated: “We are thrilled. Anytime we are recognized for our accomplishments and efforts is very rewarding for us. We have enjoyed running our business out of this historic home for 42 years. It fits well with what we are doing here and we are honored to be recognized for helping to preserve the history of Old Saybrook” 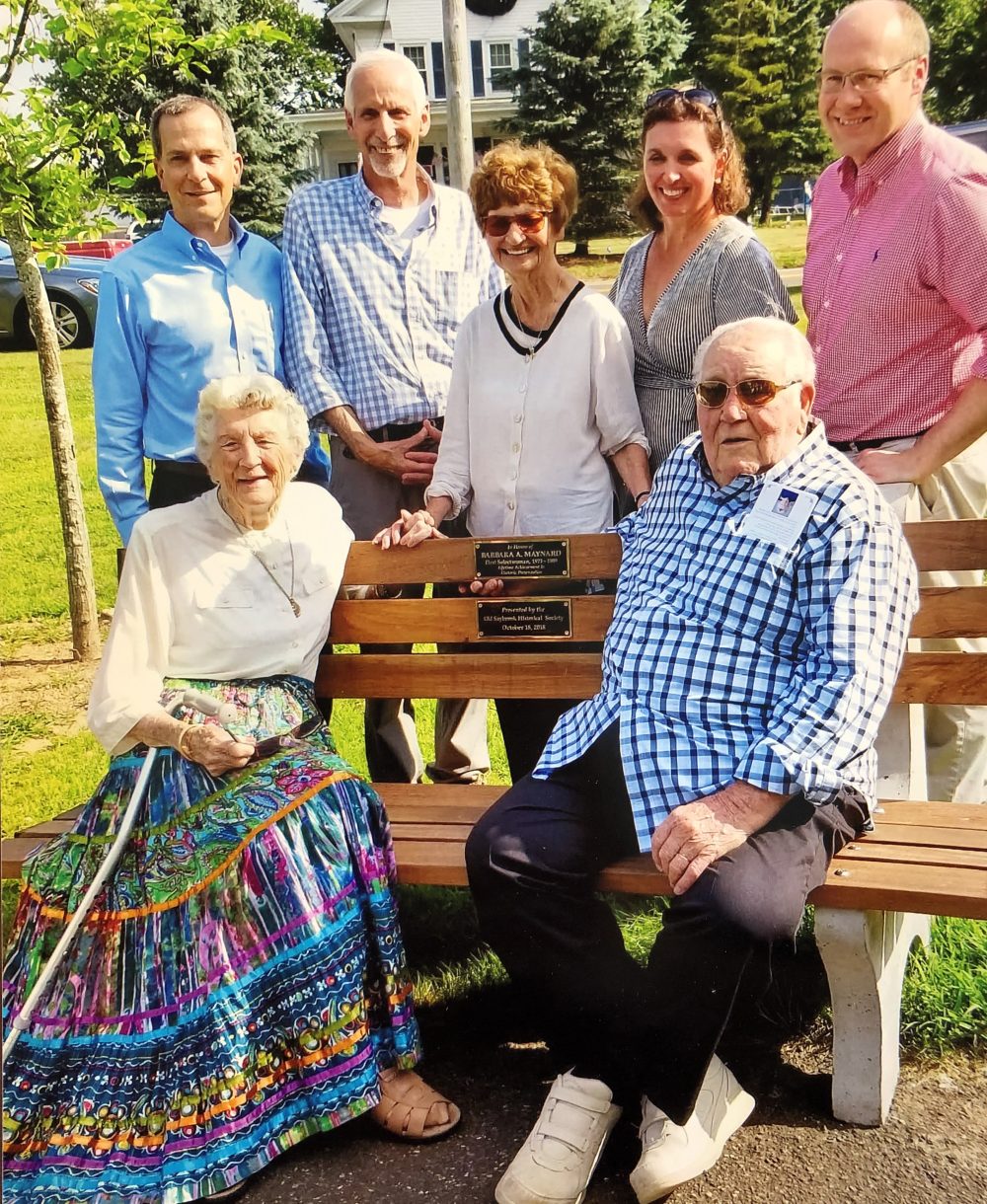 Presentation of a Valley Forge Elm and bench, Saybrook Fort Monument Park, July 12, 2019 in honor of 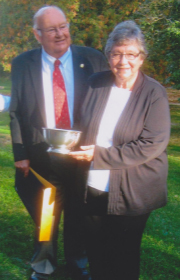