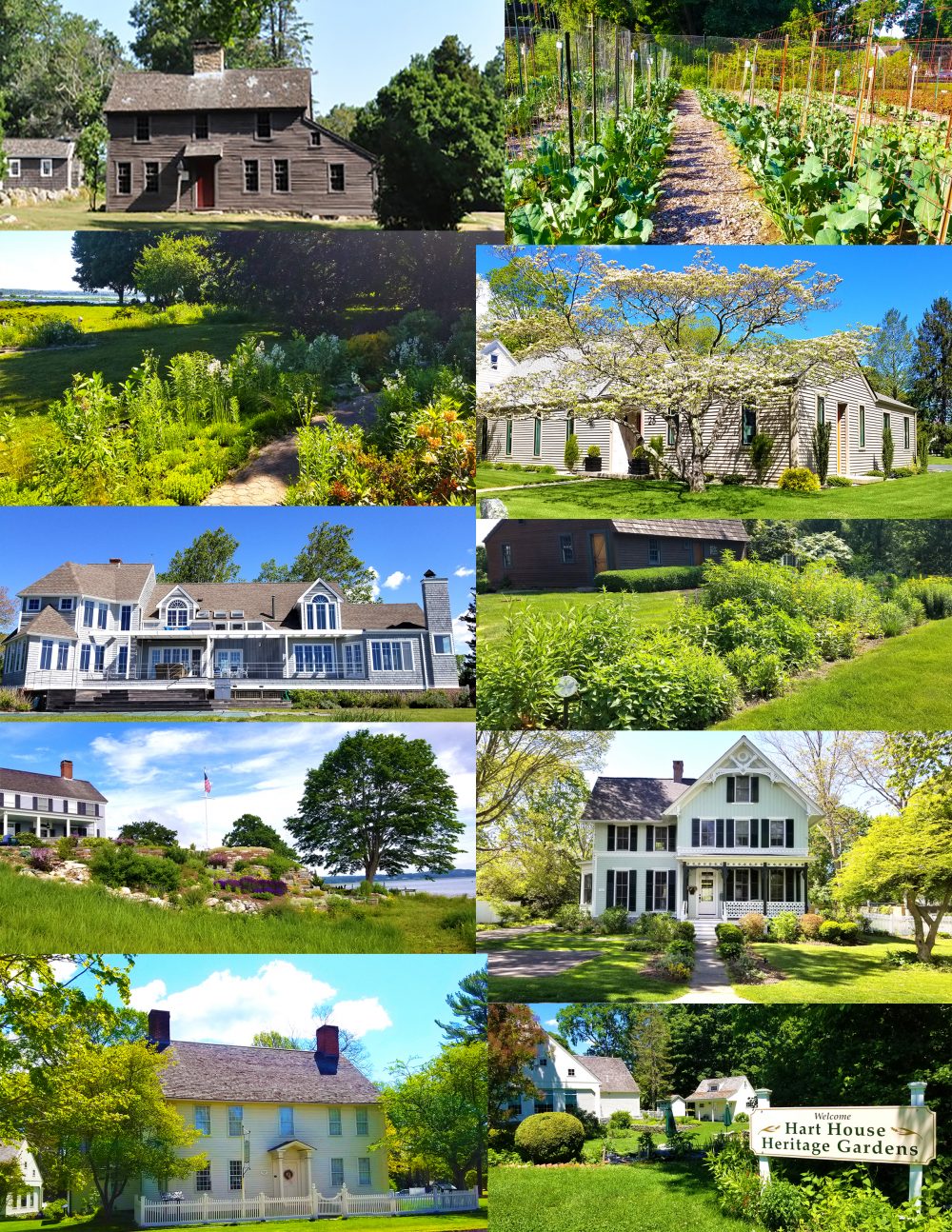 Thanks to all those who opened their homes and their gardens on Saturday,
August 28th plus the generous sponsors who lent their financial support and the numerous volunteers who did all the legwork. A special thanks to Chief Michael Spera’s force who kept traffic and tour buses flowing, and parking lots organized.

Squeezed between tropical storms and mask mandates, the tour’s success defied all the odds. As a fund-raiser the Tour was a financial success for the Society. As a Town event, it exceeded everyone’s expectations, with over 600 visitors coming to town for the day, 75% of whom were from out of town!

Feedback from members, town merchants, out of town visitors, and the house and garden owners themselves, has been exceptional and most positive. Thanks to all who contributed. 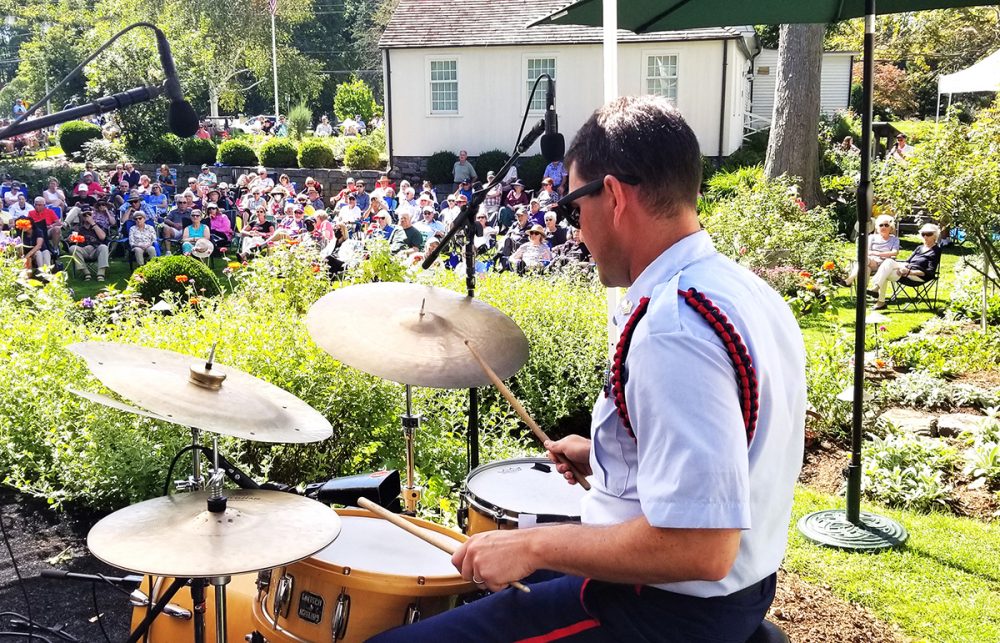 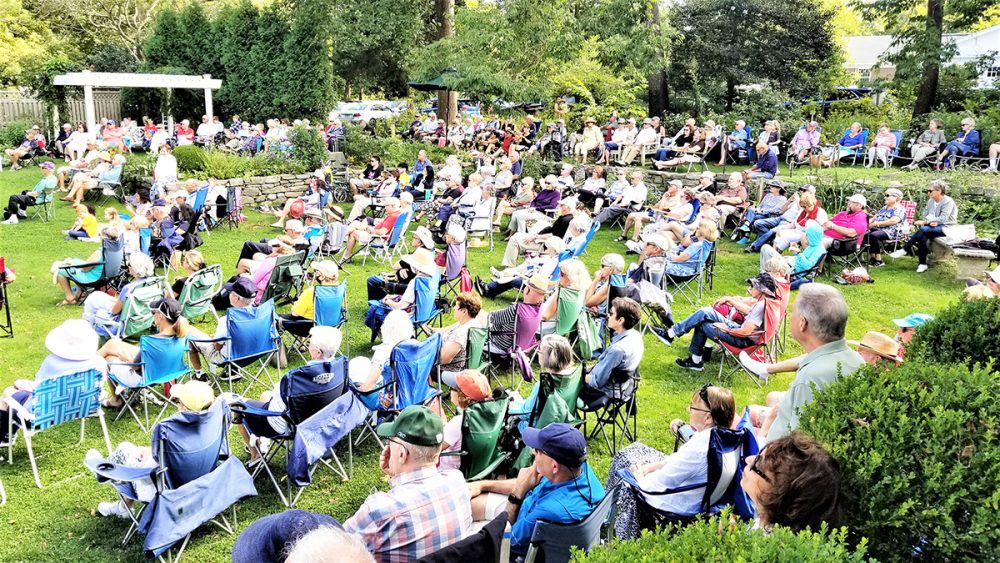 Over 400 fans brought their chairs to the Old Saybrook Historical Society’s Heritage Gardens to hear some stylish music.  On Sunday afternoon, September 19th, the famous United States Coast Guard Traditional Jazz Band performed their free concert —jazz, blues and ragtime with a New Orleans flavor. Great entertainment and appreciative fans.  Their last concert of the season. Hosted by the Historical Society, the town of Old Saybrook was the beneficiary. 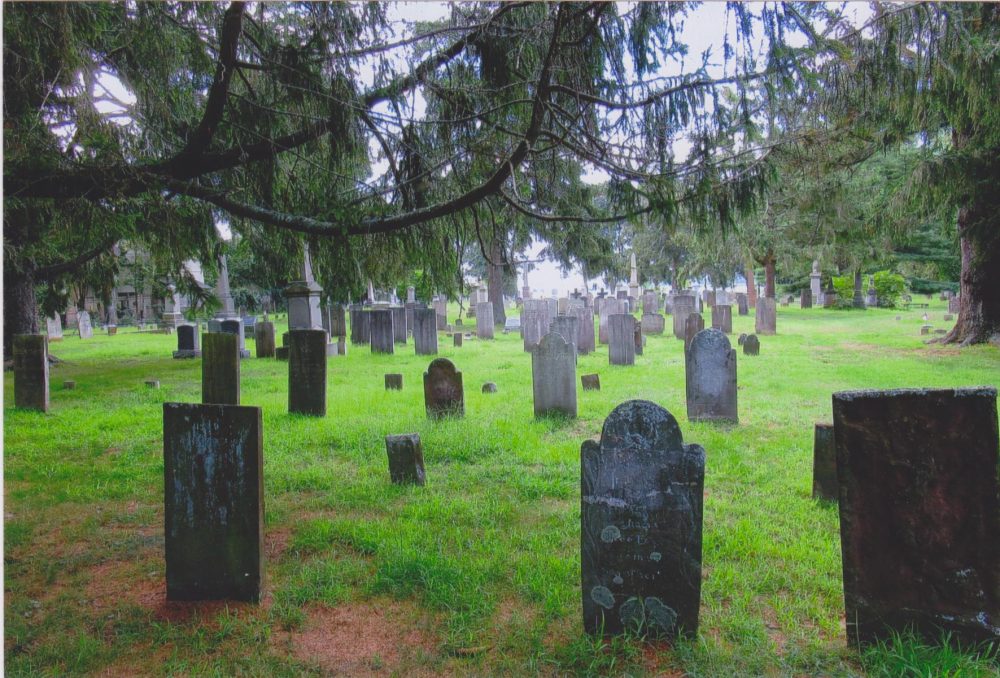 October 24, 2021
J.H. Torrance Downes will again lead a tour of Cypress Cemetery on Sunday, October 24, at 4:00 PM. These tours are extremely popular and those who return each year always learn something new about Old Saybrook history.  Fee: $5 to benefit the Old Saybrook Historical Society. 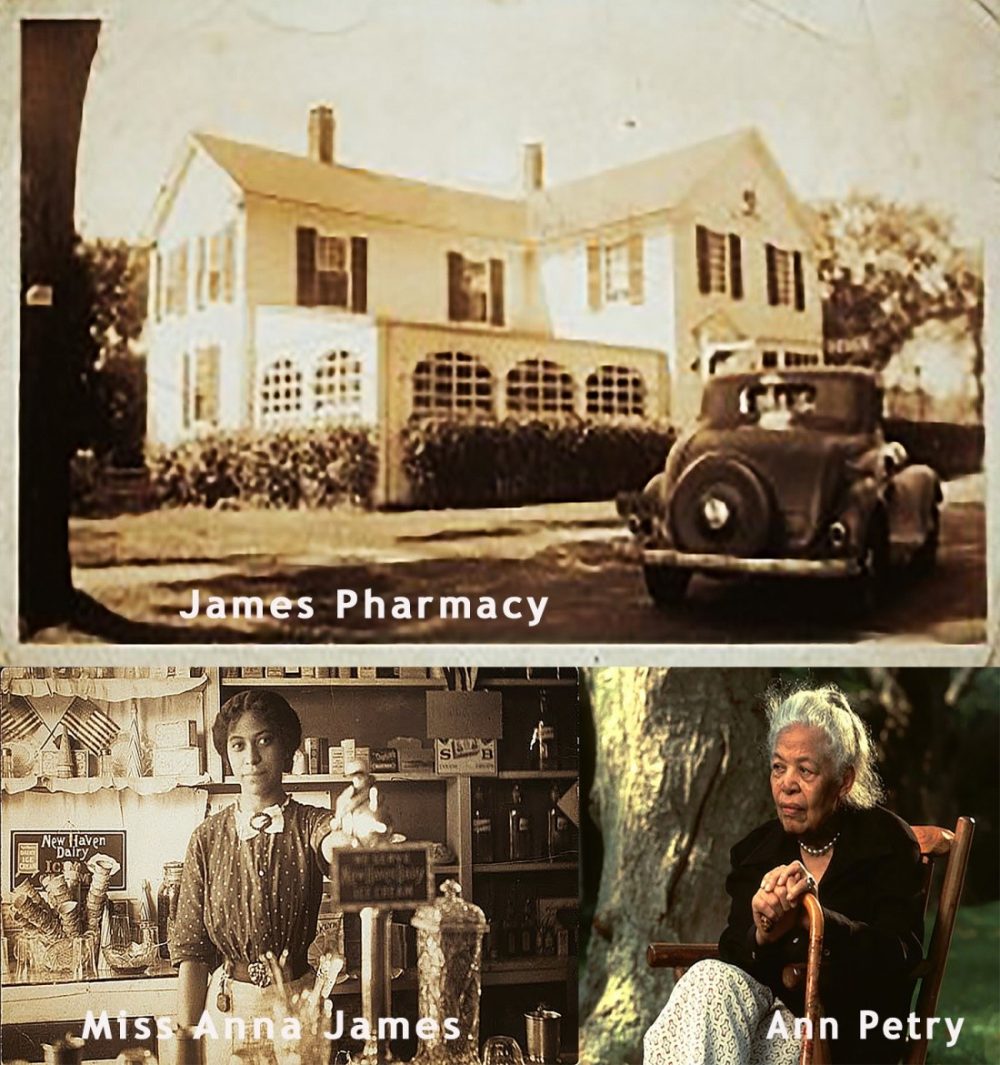 The Society is compiling memorabilia and stories from anyone who knew these two remarkable women and their pharmacy. “Miss James” was the first African-American woman to graduate from the Brooklyn College of Pharmacy in New York, the first female pharmacist in Connecticut, and the owner of the James Pharmacy in Old Saybrook.  Her niece, Ann Petry, was a noted writer of novels, short stories and children’s books.  Her 1946 debut novel, The Street, became the first novel by an African-American woman to sell more than a million copies.

You are invited to contact or email the Society with any items you may have, including photographs, written memories or miscellaneous memorabilia related to the pharmacy or these two notable women.