The Hart House Garden is situated directly behind the historic General William Hart house. The public is invited to enjoy its peaceful beauty year-round.

When the Historical Society acquired the Hart house in 1974, twelve members envisioned  creating  an 18th century style garden in the overgrown backyard. The twelve women were experienced gardeners and members of the local garden club. They tackled the project undaunted by the mass of invasive vines, brush and bramble.

Dr. Rudy Favretti, Professor of Landscape Architecture at the University of Connecticut, was consulted for advice on design and appropriate plantings.  His knowledge of 17th & 18th century historic building landscapes and his on-site direction inspired authenticity to the project.

Shrubs, fruit trees, old garden roses, annual and perennial flowers and all sorts of herbs used during the colonial period were planted .  An espalier pear tree was planted on the south-side of the Hart house. It still bears an abundance of (Williams) Bartlett pears every September.

Many talented volunteers assisted in developing the garden among them, Robert Carter, a Restoration Architect, who enhanced the design with brick pathways and rebuilt a crumbling granite back wall. He also created a new purpose for two large grinding stones from the Saybrook Gristmill. One became a place for outdoor sitting the other a doorway entrance, (to what is now the Exhibit Gallery). 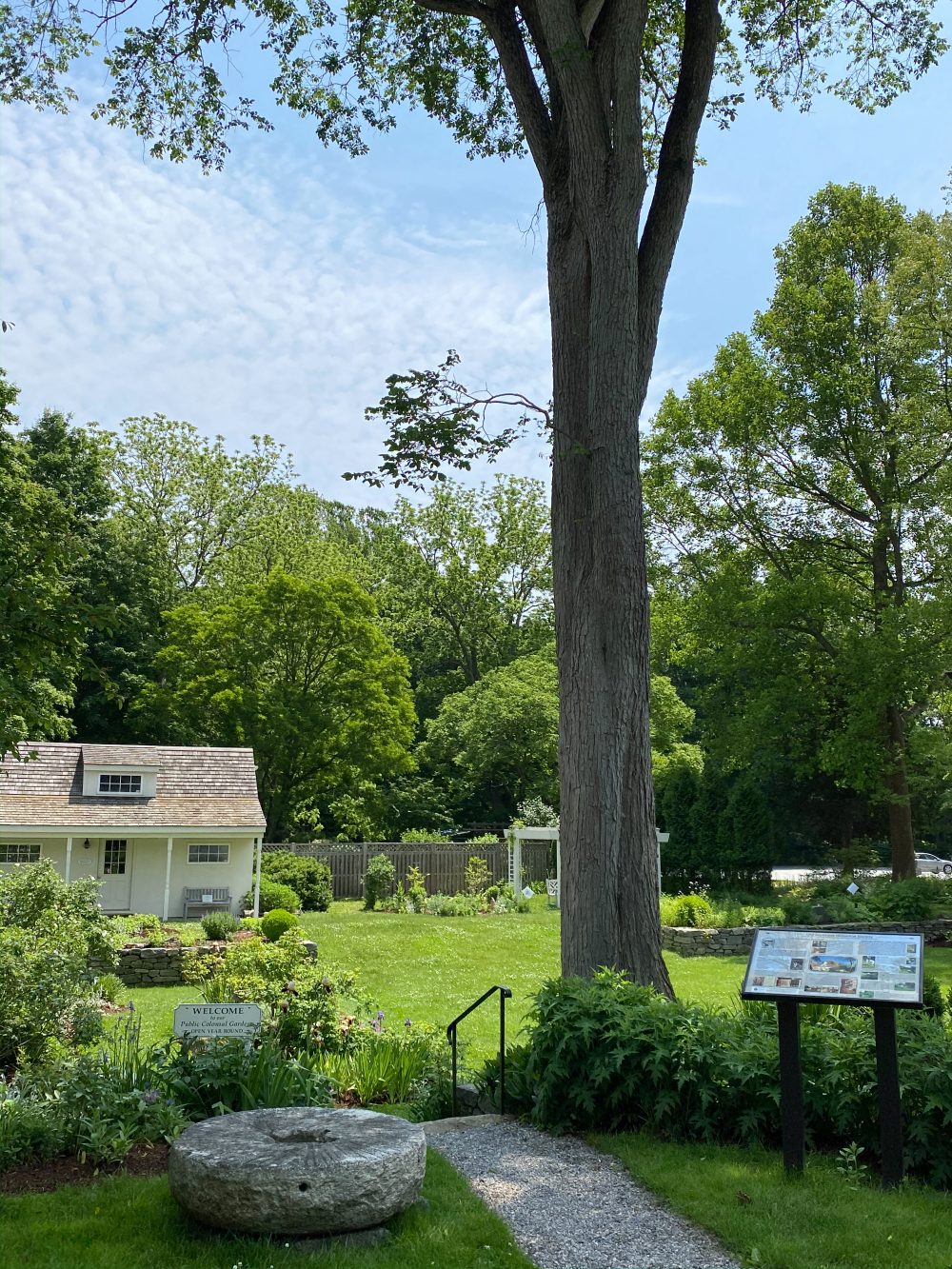 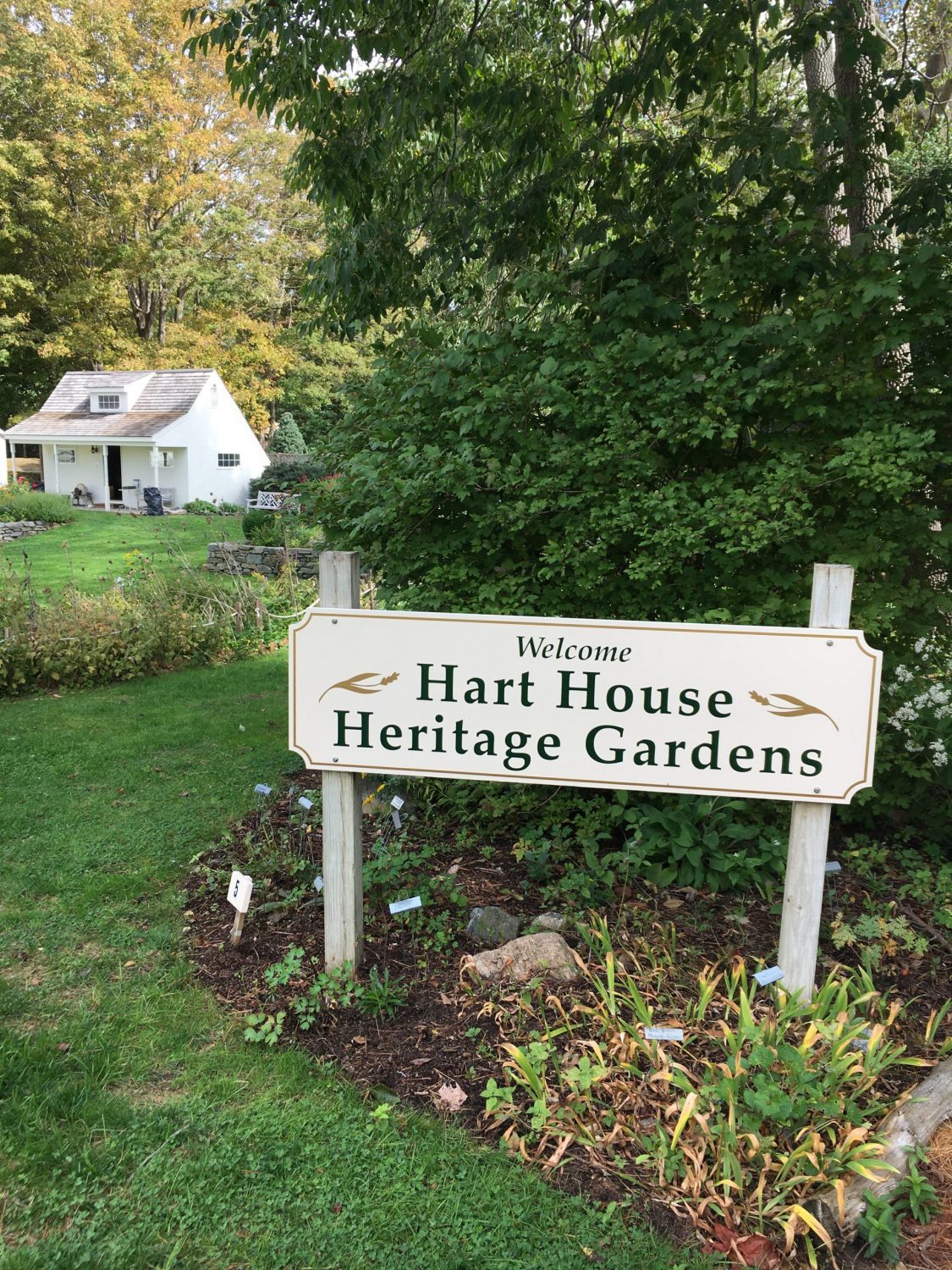 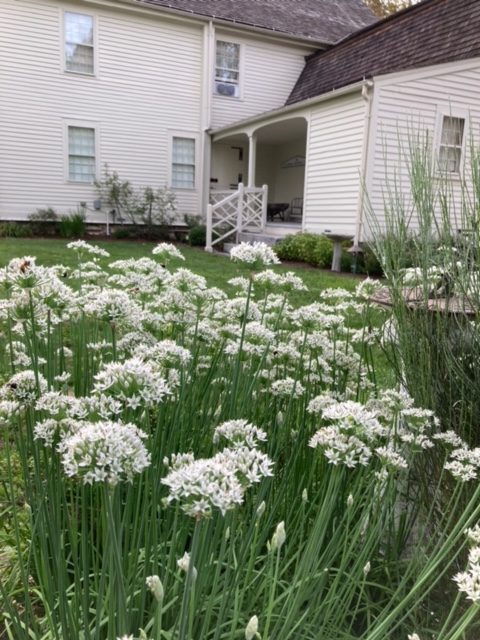 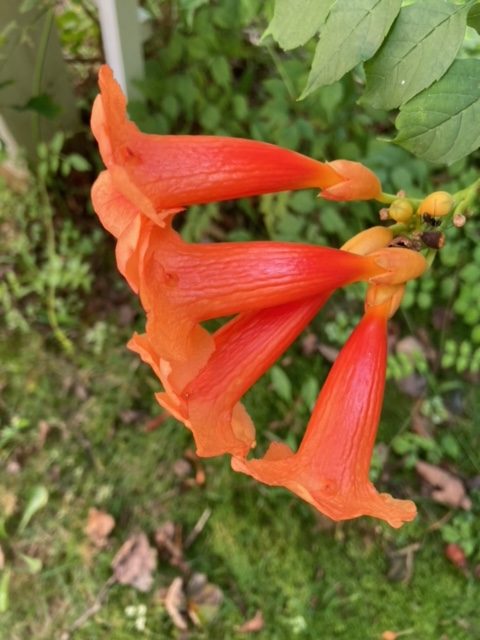 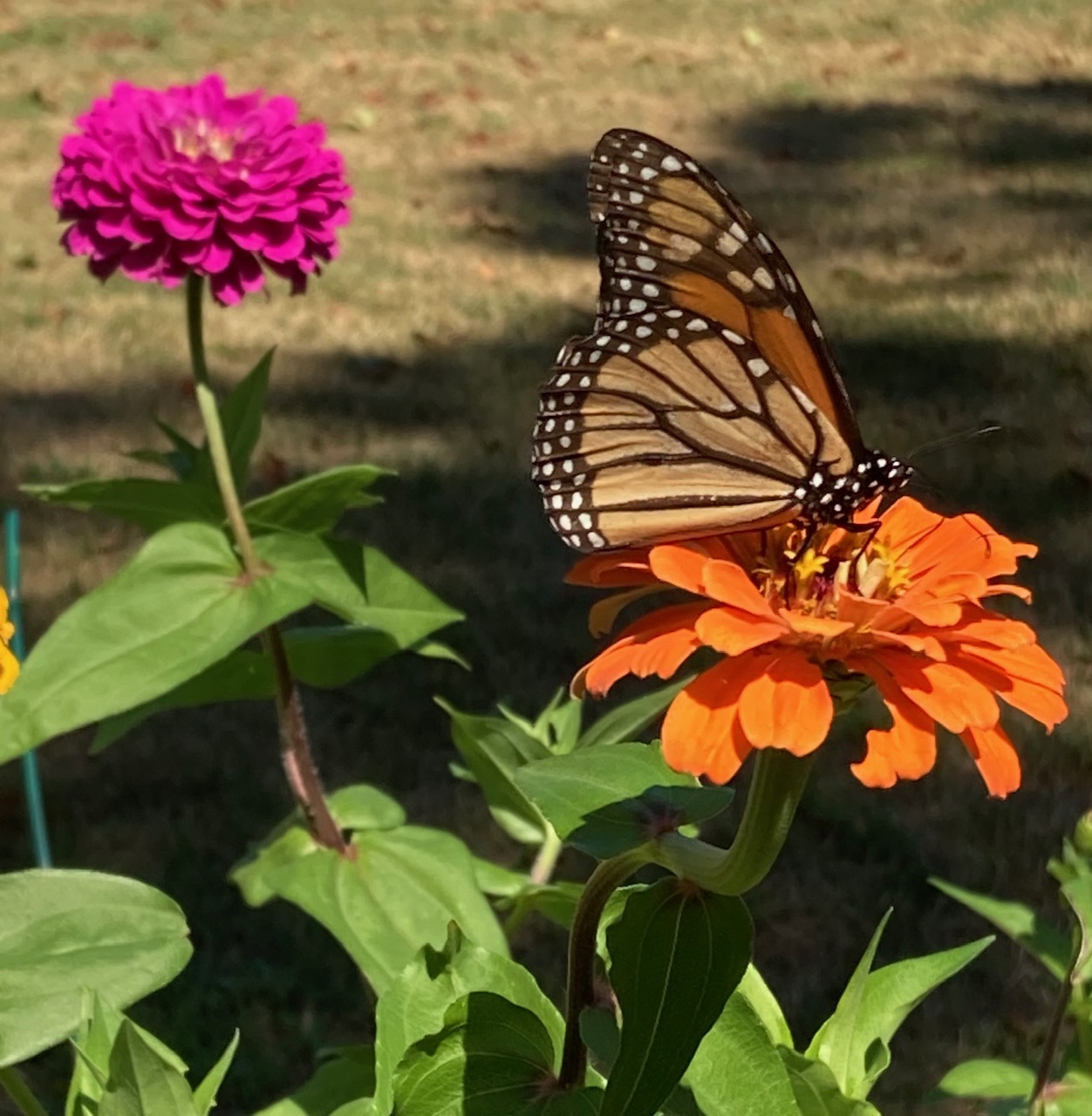 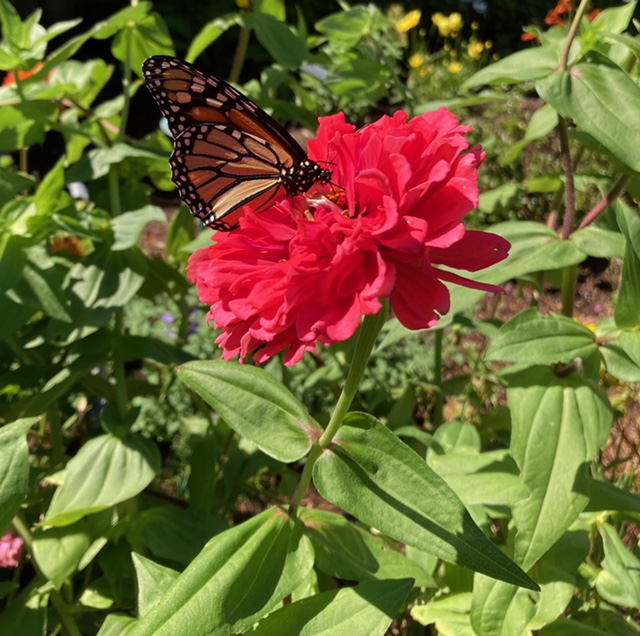 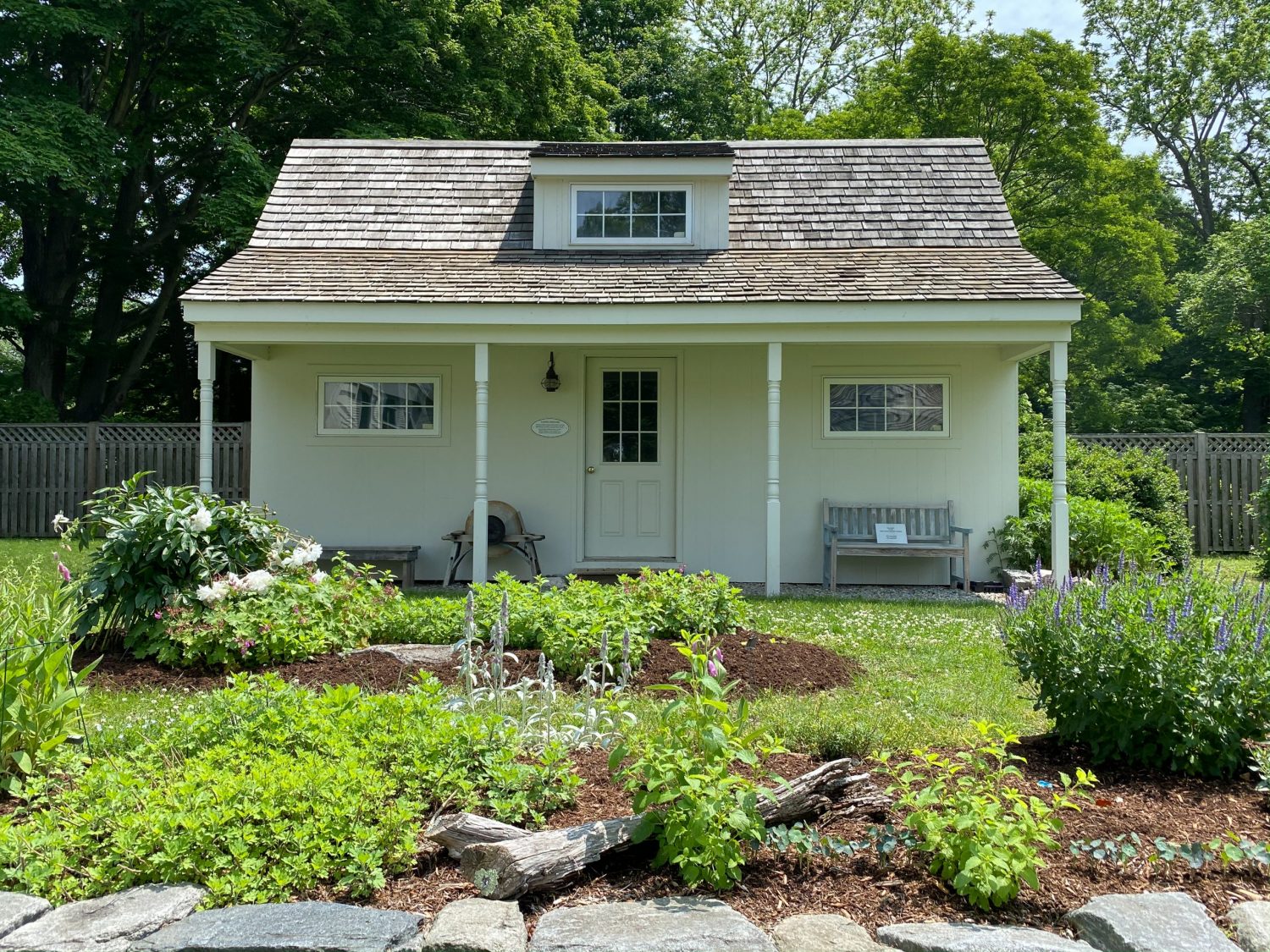 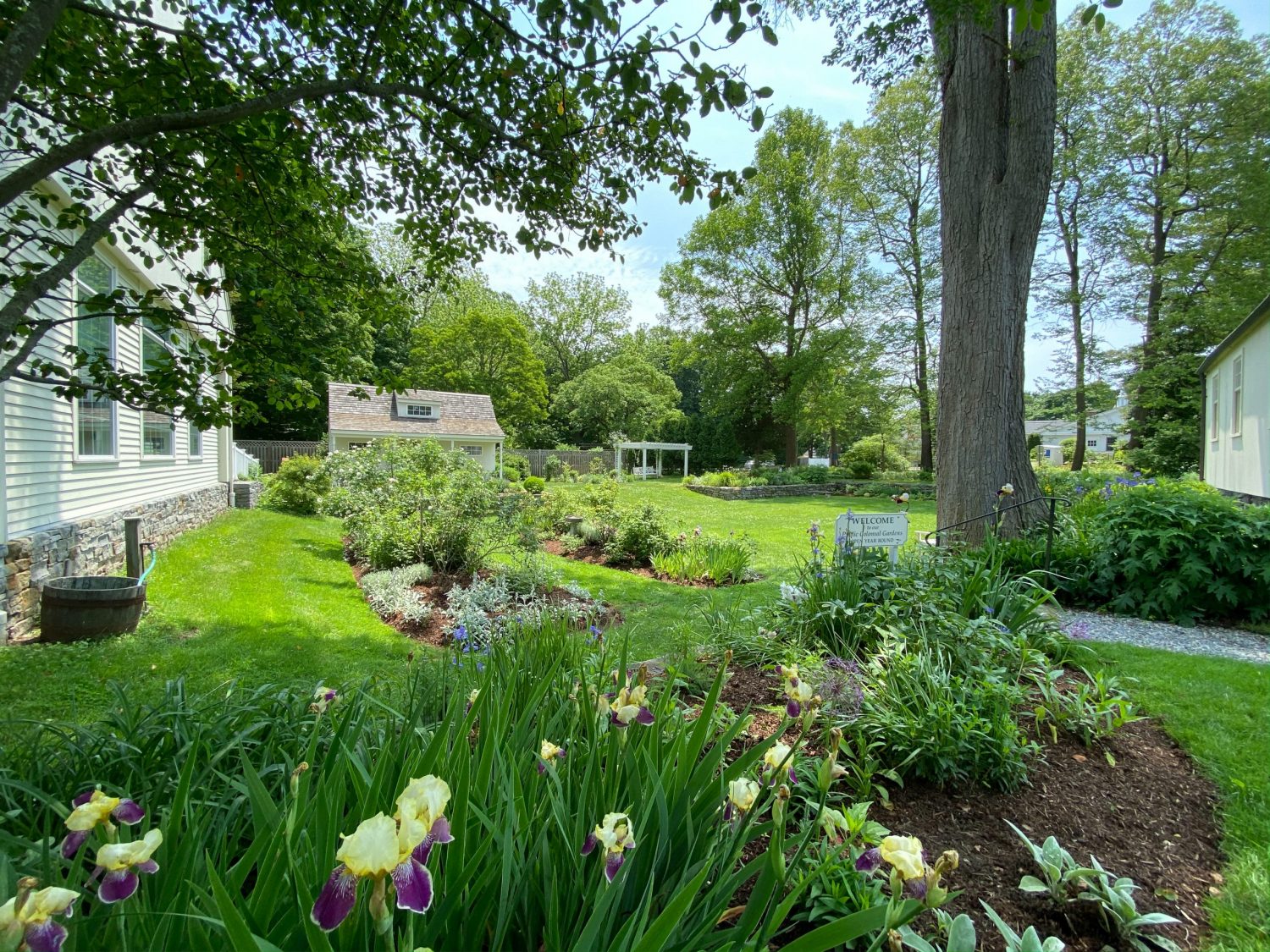 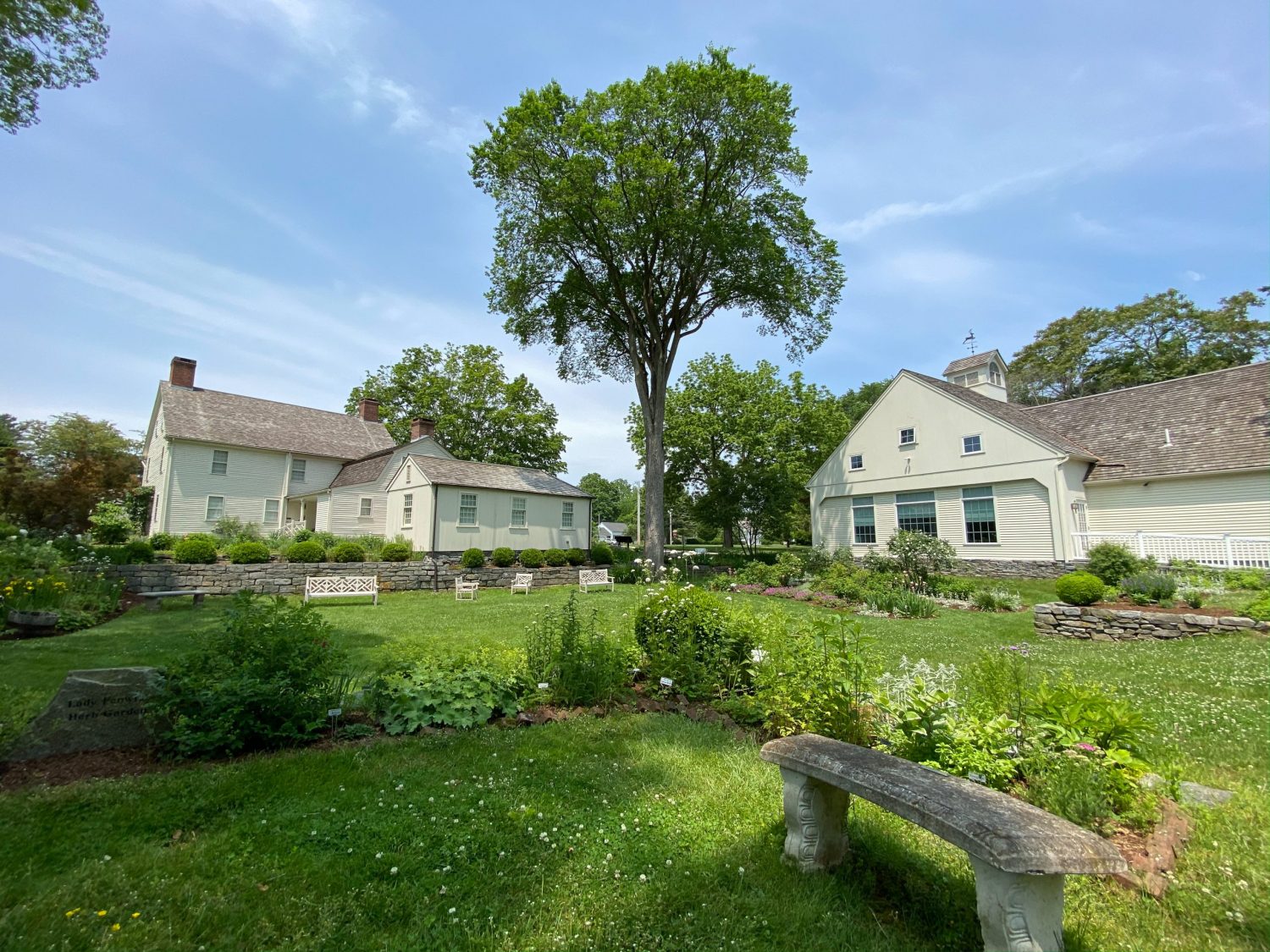 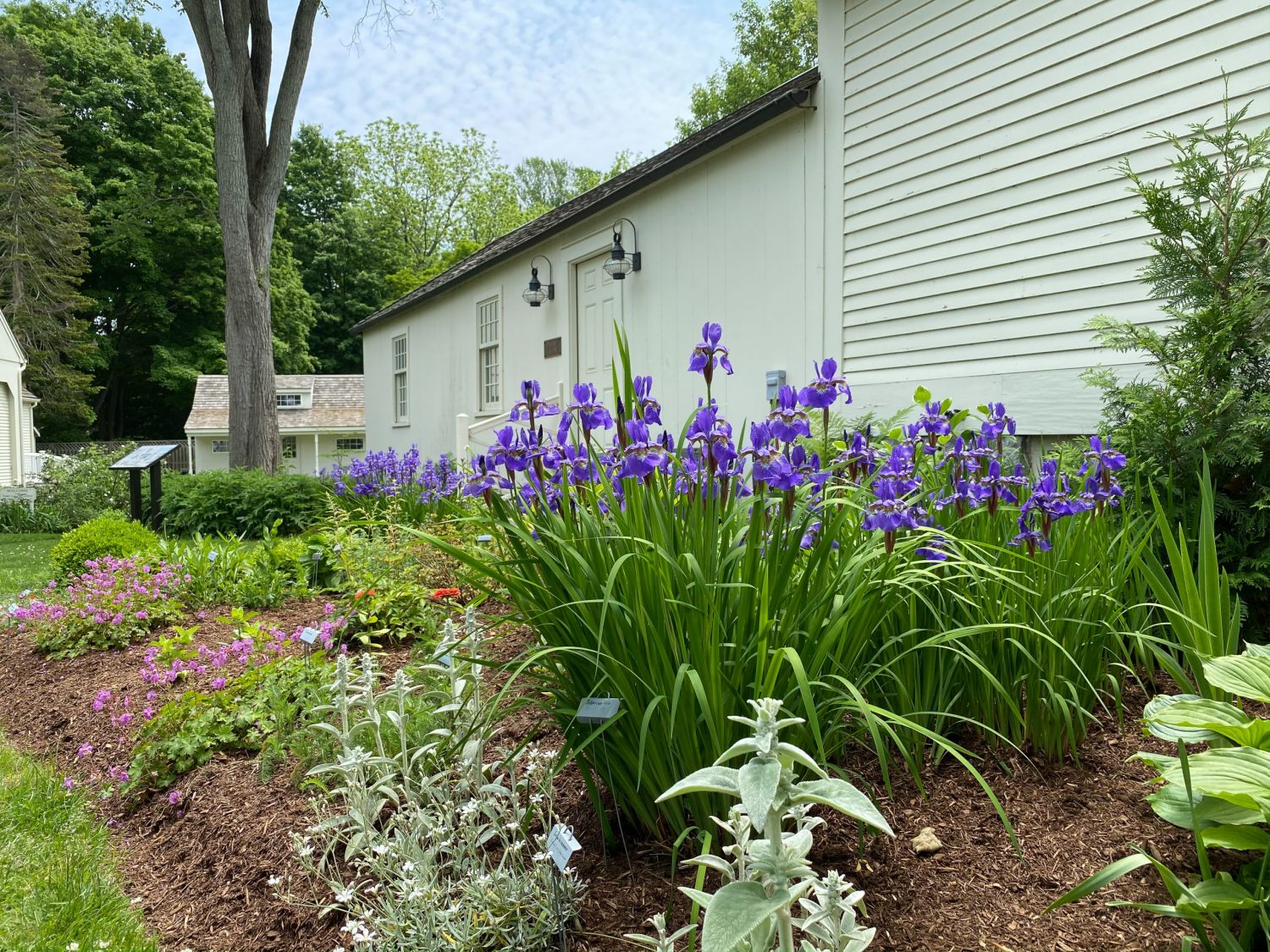 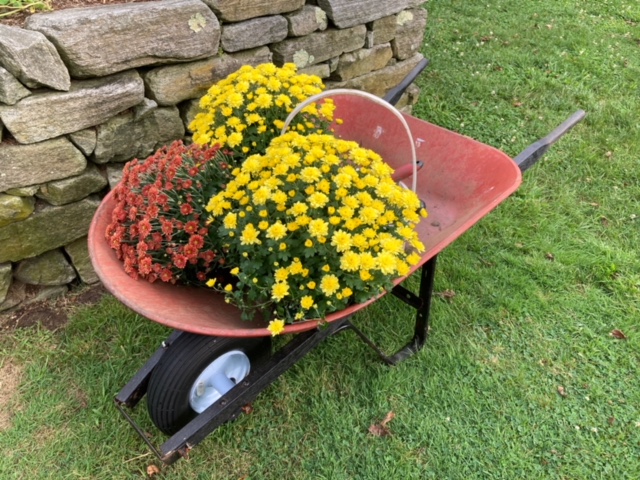 After two years of hard work the Hart House Garden was opened in 1976, as part of the nation-wide bicentennial celebration.

In 1998, the Frank Stevenson Archive Building was constructed.  This necessitated significant changes to the garden.  Gone were the fruit trees, they were replaced by a large square bowling green sunk below cut-granite stone walls and topped by level flowering garden beds. The old garden roses (OGR) were up-rooted and relocated next to the new Archive building.   There are now two wide sections of these fragrant, heritage bushes growing; R.alba, R.centifolia, R.damask, R.gallica  and a few others.

In 2003, the funds for a garden shed were donated in memory of founding members Nan & Robert Childress and built by member Bill Goodhue and his son. This was a wonderful and much needed addition for garden storage. We have also been the beneficiaries of four Eagle Scout projects, one of which was the 10×10 pergola. Classic teak benches offer seating for visitors.  These were donated by a descendant of Robert Chapman, one of the original founders of Saybrook Colony in year 1636.

Herbs are grown throughout the garden but there are three specific herb beds with defined objectives. One bed is culinary herbs for donation to the Shoreline Soup Kitchen. Another bed called “Herbs with a Purpose” offers information on the use of herbs in the colonial period. The third is dedicated to Lady Alice Boteler Fenwick.  This garden contains ancient herbs used for the health of women.

The award-winning woodland/wildflower garden created in 1999 by Marianne Pfeiffer is a beautiful place, especially in early spring  when pink-white trilliums and Virginia bluebells and other delicate ephemerals sprout from the cold earth. They gently bloom as the days warm then disappear when the trees leaf-out, replaced by native ferns, mayapples, miniature iris, Solomon’s seal, and flowering shrubs. 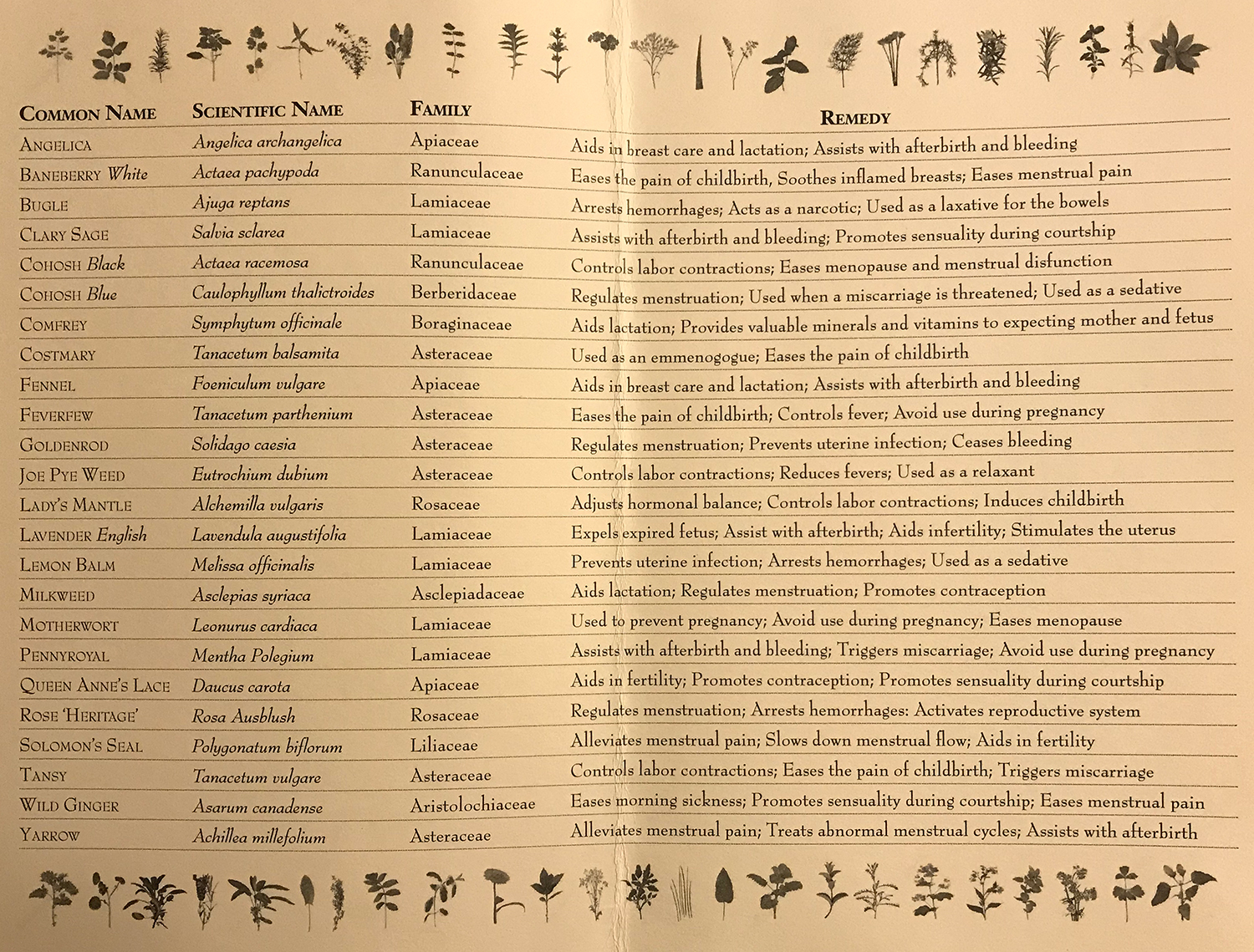 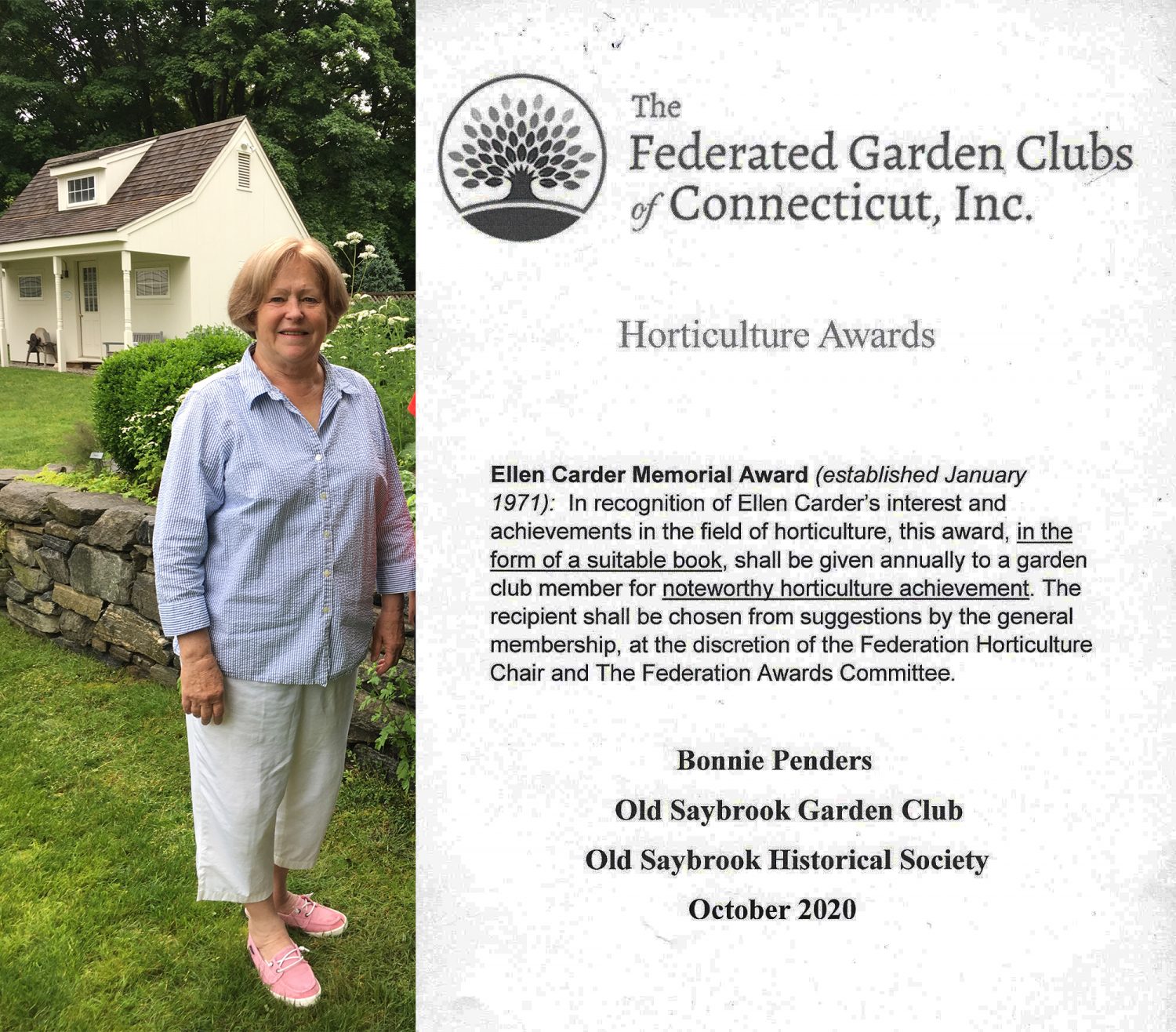 This is a lovely video which shares a treasure in Old Saybrook: The Old Saybrook Historical Society Herb and Flower Garden. Not only can one learn much about home remedies used during the 18th century but a visit to the garden will restore your peace of mind. It is a wonderful welcoming retreat in downtown Old Saybrook. Thanks to Linda Kinsella and all the residents who volunteer their time and talent to maintain this special place.  ~ A. Irons.  September 2020 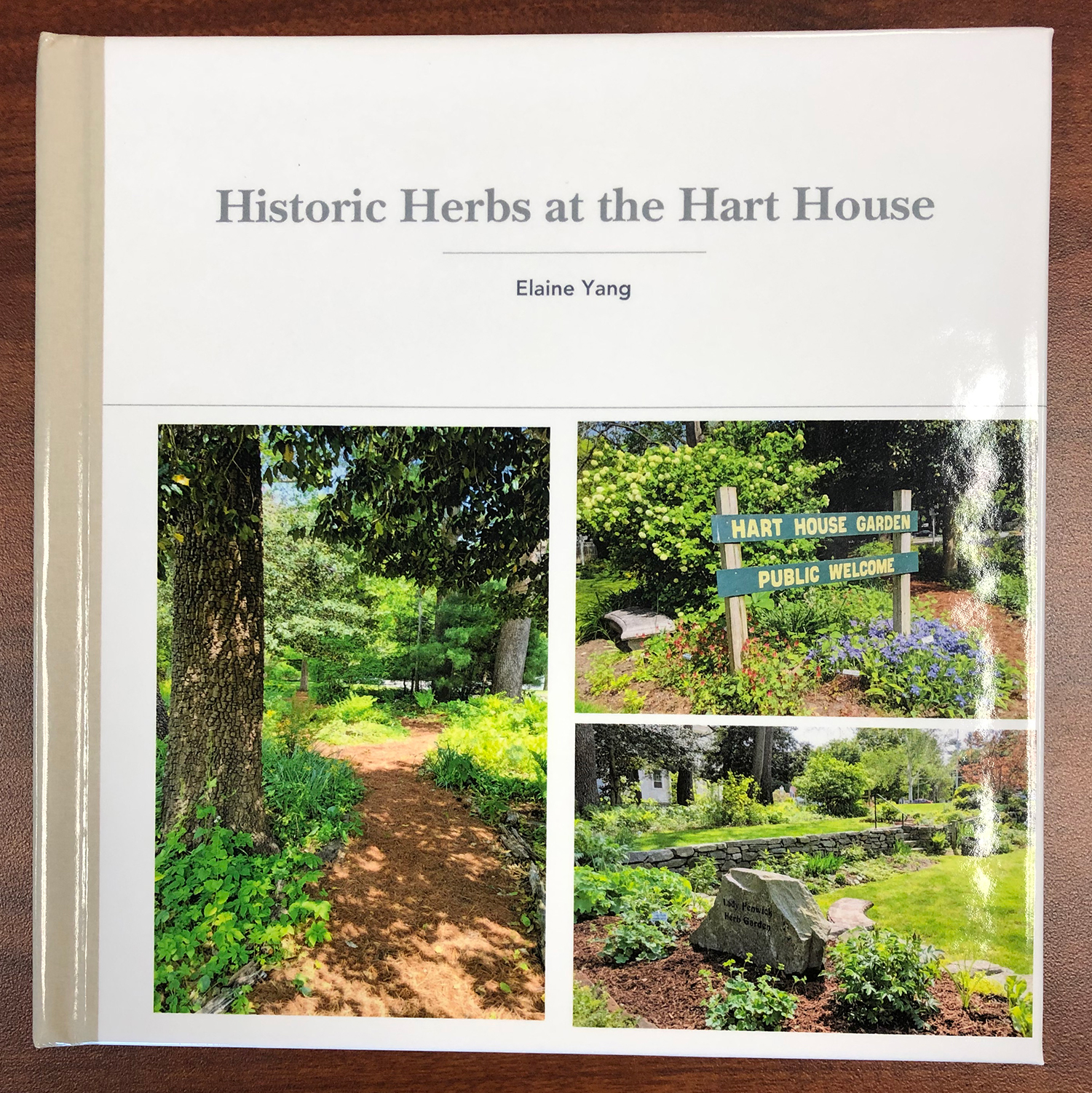 It is a tribute to Bonnie Penders, a Society Volunteer Gardener and mentor to Elaine and to the commitment of the Society to its public gardens.

BED #7 Culinary Herbs for Donation to the Shoreline Soup Kitchen

The Hart House Garden is cared for by volunteers from April to October.

IF YOU ARE INTERESTED IN BECOMING A VOLUNTEER IN THIS HISTORIC GARDEN, PLEASE CALL 860-395-1635 TO LEAVE YOUR CONTACT INFORMATION.