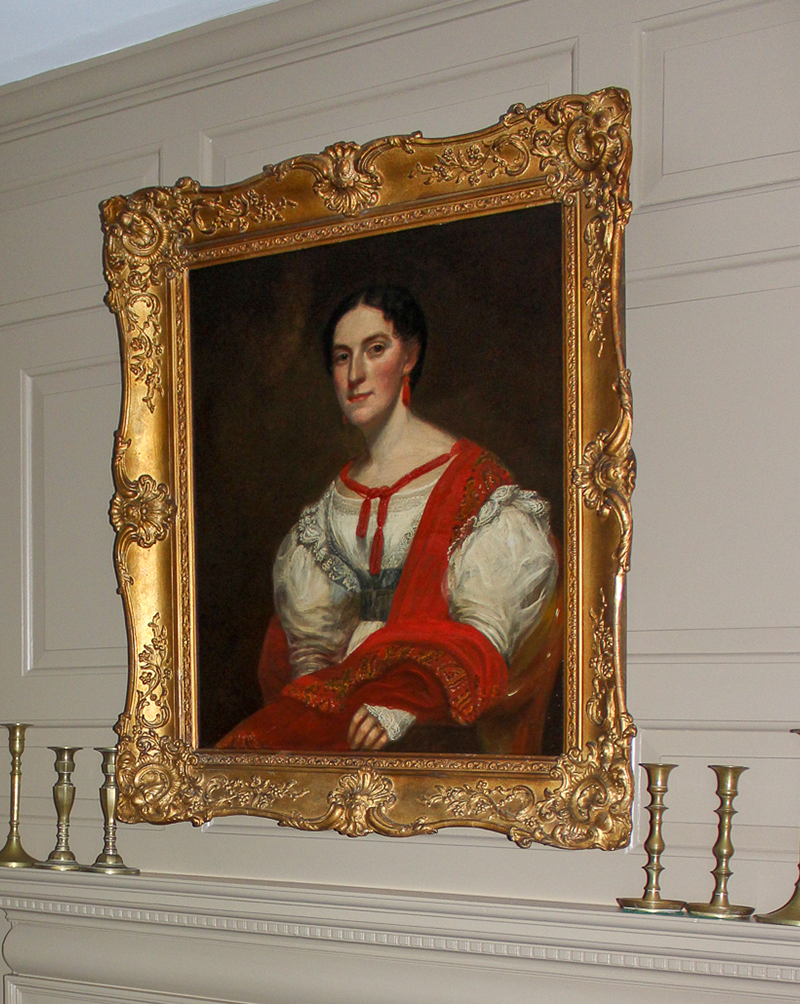 General Hart’s niece, Elizabeth Hart Allen (1796-1834), the daughter of General Hart’s brother Elisha, was one of the “Seven Beautiful Sisters of Saybrook.” She married Heman Allen, Ethan Allen’s nephew and member of Congress from Vermont. President Monroe appointed him Ambassador to Chile in 1823.  Elizabeth’s portrait was painted in New York City by Waldo and Jewett and kept safely behind when they traveled to Chile.  They returned after 5 years and the portrait hung in their Vermont Home.  After Elizabeth died, Allen remarried, and after his death the descendants of his second wife handed down the portrait for five generations of caretakers not related to Elizabeth Hart.  In 1983, the portrait that began in New York, went to Vermont, Fishers Island, Brooklyn, West Hartford, Maryland and back to New York, was gifted to OSHS in Elizabeth’s hometown by Hope Cameron, the great-great-grand-daughter of Allen’s second wife.  Along the way it was given this ornate frame.

This painting was restored in 2016 by Joseph Matteis.