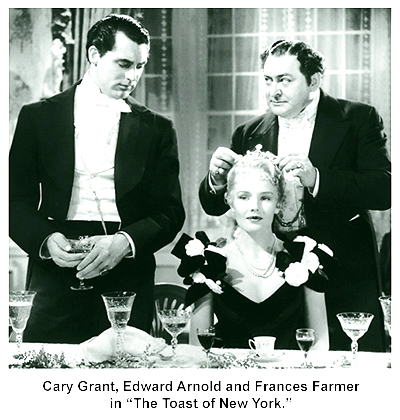 Read Part II, Tammany Hall and Fenwick Hall. It’s a story about Ned Stokes’ notorious crime and his hotels, one of which was in Fenwick, the other in New York City. His life and his Fenwick neighbor were emblematic of the life of the robber barons. This was the Gilded Age mixed with dubious Victorian sensibilities and Tammany Hall power-politics and corruption. Cary Grant was cast as Ned Stokes in the 1937 movie, “The Toast of New York.” Ned Stokes’ crime made New York tabloid history. His New York hotel was world famous. His ownership of Fenwick Hall was a problem for the town of Old Saybrook. Read more in Part II of the Fenwick Hall history.